With rising inflation and increasing prices on all utilities, it’s no wonder that many Americans today are looking for ways to cut costs wherever they can.
In addition to being a great alternative for those looking to slash costs on their utility bills and annual heating and cooling costs, wind, solar, and hydro power offer an attractive power source to the prepper or the steadfast homesteader interested in maximizing their self-sufficiency or general ability to live off the grid. Alternative energy can also be used in areas where the power grid is prone to failure.
Solar power is of course the most well-known alternative energy source, but it is not always a viable option for everyone, especially those who live in northern climates where daylight hours are short or sunlight is scarce. If you live closer to the equator and have sufficient sunlight and the necessary do-it-yourself skills, though, solar power can be some of the cheapest of alternative energy systems to set up. Click here and watch this video for more info.
In addition to being lower cost and easier to set up, a standard solar panel array is very low maintenance and has an extremely long lifetime. Such panels can be left unmonitored for extended periods, their operation is silent and unobtrusive, and they offer reliable, predictable levels of power output based on the amount of sunlight they receive.
Standard components for a solar panel system include not just the solar panels themselves but also the controller, which protects the batteries by regulating the flow of electricity from the panels, the batteries for storing electricity for later use, and an inverter, which converts the energy stored in the batteries to the voltage needed to run standard electrical equipment. As a do it yourself project, solar panels average $3.00 – $6.00 per watt or more to install.

Small, preassembled solar panel kits are also available from many retailers and are capable of producing anywhere from 45 watts to 150 watts of energy, and range in price from $200 – $600 and higher.
All solar panels will come with a standard rating from the manufacturer for the wattage they should produce per square foot; for most solar panels production averages approximately 10 watts per square foot, or approximately 12% efficiency. This translates into needing approximately one hundred square feet of solar panels to produce one kilowatt of energy under ideal, full sun* circumstances. 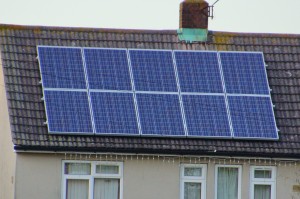 When purchasing from most retailers, however, it’s important to remember that in the world of solar panels you largely get what you pay for. So, when a deal seems too good to be true, it probably is. Quality solar panels and other materials for a DIY project will generally range in price from a minimum of $500 to upwards of $5000.
Costs include the price of setting up the actual panels as well as the batteries to store the electricity they generate, the battery chargers, the inverters, the monitors, the cables, fuse protection, and generally some form of backup generator as well.
Compared to the cost of a professionally installed, full house system, a do-it-yourself solar panel system can save you tens of thousands of dollars. Although government subsidies and lucrative tax credits can reduce the cost of the $50,000 – $60,000 solar panel installation for your on the grid home to anywhere from $25,000-$45,000.
In addition to the reduced cost, if your solar panel array produces enough electricity to put energy back into the power grid, your power company will actually send you a check each month for the energy produced. Such systems are also guaranteed for 20 years or more by the installing contractor. Click here and watch this video for more info.
If the cost of a full-scale solar power set up is off-putting or simply beyond your budget, however, wind power may be just the alternative you’re looking for. With small wind power generators increasing in popularity and falling in price in recent years, it’s now possible to set up a wind power generator for as little as $1.50 per watt.
You have to live in a very windy climate for this generator to be of true use, but assuming you have the wind this is one of the cheapest alternative energies available and can prove more reliable than the sun in some locations.
Wind generators also have the advantage of operating day and night, but location is critical to achieve maximum production, and because of their moving parts, they do also require increased maintenance. Larger wind generators can also incur additional mounting costs in order to be mounted on towers where they can catch the best wind current. 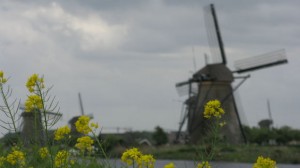 Low wind speeds can also lead to little or no power output, and larger wind turbine arrays may pose a hazard to passing birds, particularly birds of prey. There is also a slight chance for noise pollution, especially if your wind turbine is particularly productive, resulting from the whirring sound of the blades.
Small wind generators designed to produce anywhere from 50 watts to 200 watts are available from a variety of manufacturers and range in price from approximately $700 to upwards of $1200.
Another option you may consider for alternative energy generation is hydropower or micro-hydro generation. This is a great option to take advantage of if you have a fast-moving, reliable source of water to make use of, and it comes with several advantages including being able to operate 24/7, much greater reliability than solar or wind power under most circumstances and cheaper cost for initial implementation. Click here and watch this video for more info.
On the downside, hydropower generators are not the most portable of units (of course neither are most wind power generators) so solar power is generally a better option for powering portable objects such as calculators, laptops, flashlights and batteries, etc. and freezing temperatures can affect the ability to harvest energy from free-flowing water. 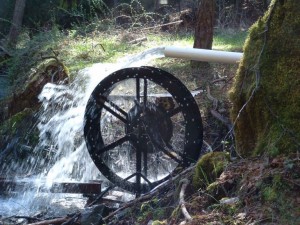 In a stationary location, such as that of semi-permanent bug out location or on a homestead or family farm however, hydropower is exceptionally cheap, abundant and reasonably easy to maintain.
Ranging in price from roughly $1000 to upwards of $30,000 based on their power output, hydroelectricity generators are one of the most reliable power sources on the planet. Although a fast-moving body of water is generally preferred for use in hydropower generation, some manufacturers have developed hydropower generators specifically designed for low speed currents.
Hydropower generators do require some additional maintenance, especially when it comes to cleaning the screens for water intake to maintain strong and steady flow, but are otherwise rather low maintenance and can operate quietly and rather unobtrusively depending on how you install them.
I highly recommend you to watch this free survival video that reveals the most important skills to survival in any situation.

by Bill White for Survivopedia.